"You can't stop the waves, but you can learn to surf." - John Kabat-Zinn 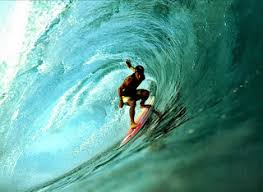 Surfing is a sport where you navigate the water while standing up on your surfing board. You aim should be to progress with the unbroken part of a wave and ride with it till you get to the shore. Surfing is the act of riding a wave, it doesn't matter if you ride it with a board or without. This sport is know world-wide. This sport will test your patience, agility, balance, strength and resilience.

Surfing is a sport known worldwide with both sexes joining in with the sport as a hobby or a life job. Surfers believe that the soul of surfing is the are of bodysurfing, where you glide across waves only using your body. People will likely be using a surfboard or bodyboard though, but surfing is the act of riding a wave regardless of wether riding the wave with a board or without one. To this day though, surfing will refer to standing up on a surfboard.

There is alot of history within surfing, the sport had originated and was a part of ancient Polynesian culture for hundres of years. This sport was first observed by British explorers at Tahiti in 1767; Tahiti is found in the Pacific Ocean and is part of a scociety of islands. The crew members of HMS Dolphin lead by Samuel Wallis visited the island and a crew member part of another group who visited on 10 April 1769 called James King was the first person to wright about the art of surfing for the journals of Captain James Cook.

In surfing there are 3 types of waves: spilling waves, plunging waves and surfing waves. Spilling waves are common and will break slowly as they approach the shore, slowly releasing enrgy. Plunging waves occur when the seabed has sudden changes in it or it's steep, the crest becomes steep and releses a violent force if you were to make contavt with it. Surging waves occur when the same way as plunging waves. These 2 waves can be dangerous if a surfer were tomake a mistake while riding one, which wouldbe a risk in itself. 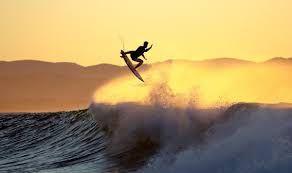